Difference between revisions of "Add Violence" 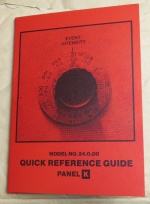 "ADD VIOLENCE finds Nine Inch Nails becoming more accessible and impenetrable at the same time. The sonic palette expands significantly from Not The Actual Events, incorporating elements of beauty into the dark dissonance. The narrative arc linking the three records begins to emerge through the disassociated lyrics and the provocative and clue-filled cover artwork and accompanying physical component, available exclusively through the NIN.com store."

In an interview with Lizzy Goodman posted on nin.com, Reznor explains the trilogy’s concept in detail:

"But to be clear, the record isn’t about Trump, it’s about making sense of the world. The first record, Not the Actual Events, was more of an internal fantasy of what if I lit a match to my life and just embraced burning the whole fucking thing down. You know? All of this is an illusion and I really should be dead or lying in a ditch somewhere. Who I really am is an addict that self-destructs. That’s my true nature and this is an illusion and some borrowed time. It wasn’t a pleasant thing, but it felt like, that’s a story to tell. And if felt like something I needed to internally process.

By the time we got to the third one, we had an idea in mind but it felt … rehearsed. Predictable. In the end, what felt true was to say that we as a society and as a species are probably an accident, a mutation. Really what we are is fucking animals. And the illusion was enlightenment. The more we’ve connected with each other the dumber we’ve gotten and the more we decide we want to kill each other. We’re not some elevated transcendent beings, we’re bacteria in a jar. I wanted the art direction of Bad Witch to feel like shadows on a cave wall and we’re trying to figure out what it is and really there’s no nice, clean, safe scientific explanation. We’re just an accident. String theory and quantum physics is a fucking trick. And we’re not going to suddenly elevate ourselves into transcendent beings. We’re kidding ourselves. I know this will be an unsatisfying conclusion for some people. It isn’t what they want. They want it to be full matrix virtual reality, and this is the opposite of that, this is dirt and a broken computer chip and everything you believe in is really just bullshit."

"With the new EPs, I liked world-building, and writing music that can sit in that world. I was always the guy who desperately wanted the Dark Side of the Moon to line up with The Wizard of Oz. I wanted to believe somebody was so far out of their mind that they figured that out. Fuck, I got goose bumps just thinking about that possibility right now — the idea that someone could be thinking so hard about an album.

What the obsessives maybe don’t know is that if I were to explain everything to you, or just explicitly lay out what the new EP is about, you’d only be disappointed. You don’t really want to know. The experience of grappling with the thing is what makes it interesting, not the immediate gratification of going, 'Oh, that’s what it means.'"[1] 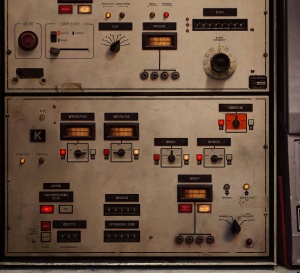