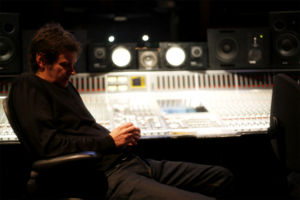 His work with NIN led to him engineering various other albums for Trent Reznor's Nothing Records, including Marilyn Manson's debut Portrait of an American Family and Prick's eponymous album. Moulder was also involved in the Saul Williams album The Inevitable Rise And Liberation Of NiggyTardust!, which also saw contributions from Reznor. He has also collaborated as mixing engineer with How To Destroy Angels and HEALTH, and mixed the Gone Girl Soundtrack for Reznor and Atticus Ross. In 2020, to commemorate NIN's induction into the Rock And Roll Hall Of Fame, Jehnny Beth of Savages recorded a cover of "Closer" which was mixed by Alan Moulder.