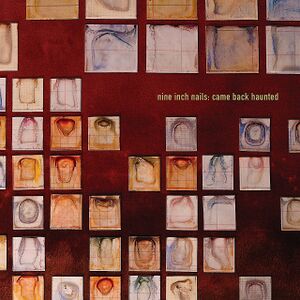 Came Back Haunted is a single that was released on June 6, 2013, as a digital download only, through nin.com[1]. A two-track promotional CD acetate was also released. No Halo number was assigned to this release, making it one of the only commercially-available Nine Inch Nails releases, along with the Capital G and Into The Void singles, with that distinction. This single marks NIN's very first release on Columbia Records.

The artwork for this single was created by Russell Mills, whose art was previously used for The Downward Spiral and its accompanying singles, as well as Further Down The Spiral and Closure. The artwork for the promo CD is the same as the digital release.