Down In It (halo) 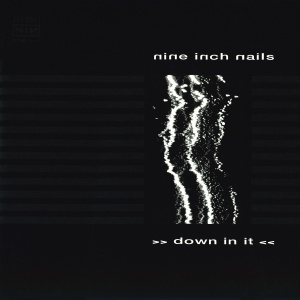 Down In It (also known as Halo 1) is the first single by Nine Inch Nails. It was released on September 15, 1989 by TVT Records in the US, and in November 1990 in the UK. It was released as a teaser single prior to Nine Inch Nails' debut album, Pretty Hate Machine, and contains two remixes of the track. Initially released only on 12" Vinyl, a CD version was later created after the success of the album. The first track on this single is the mix that is found on Pretty Hate Machine.

This edition was limited to 5000 copies, each copy (CD and 12" vinyl) with a numbered sticker. Vinyl edition included a pressed NIN logo stencil. All exclusive tracks later appeared on US edition of Head Like A Hole. The unlisted track from Head Like A Hole is appended to track 6.

Halo I-IV is a limited edition vinyl box set released by Concord/Bicycle Music for Record Store Day in November 2015. It contains the domestic versions of the 12" singles for Down In It, Sin and Head Like A Hole on 120 gram vinyl, as well as the original version of Pretty Hate Machine on 180 gram vinyl. None of the music in this set is remastered.