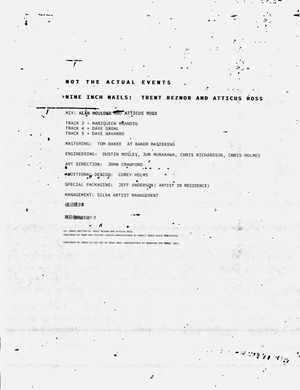 The EP's title, Not The Actual Events, is derived from the descrambled lyrics found within "Branches/Bones". Refer to the song article for details.