Recoiled is an unofficial remix compilation credited to Coil and Nine Inch Nails. It is the commercial and physical release of selected tracks from the Uncoiled download-only remix compilation. It was released on February 11, 2014 on Cold Spring Records. It was made available on CD, vinyl and limited edition colored vinyl.

The tracks are outtakes from the remix sessions for Fixed, Closer To God and Further Down The Spiral. They were created by members of Coil, along with Danny Hyde. Recoiled omits the tracks from Uncoiled that could be viewed as redundant and also adds an extra remix that was not included on Uncoiled.

“Recoiled” is a rambunctious alchemy, of magikal Coil sensibilities and hi-tech home circa 90’s mixing technique, all fused in the cave-like early studios of Danny Hyde / Peter Christopherson. These were the unrestrained PRE- BIG studio- mix downs, of four songs which long time Coil admirer / collaborator Trent Reznor requested Coil to remix. Reznor sent over the original multi-tracks and DATs to Hyde / Christopherson, who independently mixed versions and then met to synch both creations, molding them into these master versions. ”Recoiled” includes a fuller, more opulent version of the track ‘Closer’, which eventually made it onto the opening credits to the movie “SE7EN“. These 5 lengthy compositions are pre-Ableton / laptop generation type priest song creations, with the use of baby alarms and numerous wires to create bespoke effects. These legendary tracks were always rumoured to exist and, only the due diligence of a dedicated NIN forum who hunted them down, are released/unleashed for your listening pleasure. 4 of the tracks were released on the download-only “Uncoiled”. A bonus, previously unheard track from the same sessions closes the album. Jhonn Balance is also manifest on this gilded constellation. Beautifully remastered. 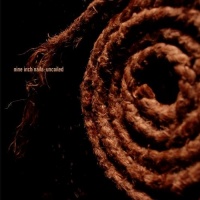 Uncoiled is an unofficial download-only remix compilation made up of outtakes from the remix sessions for Fixed, Closer To God and Further Down The Spiral. They were created by members of Coil, along with Danny Hyde. A selection of these tracks was later commercially (but also still unofficially) released as Recoiled.

Rumors of the outtakes had been circulating since 1995 and their existence was confirmed by Hyde in 2012. Funds were then raised by members of the Echoing The Sound forum to acquire the tracks from Hyde and the collection was put up for free download in November 2012.

The full story from the torrent file:

These were added a few lines below this existing entry: Gave Up(remix by coil, used in movie Young Americans, faster than fixed version and uses the same sound template according to John Balance of Coil. fixed version appears on soundtrack)