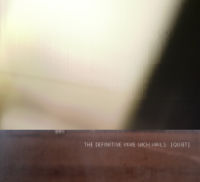 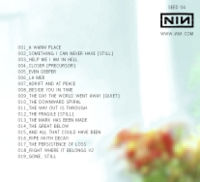 A compilation album featuring 19 of NIN's quieter songs and instrumentals. A good way to get acquainted with a side of the band many people are unfamiliar with. This is the third release in a three-piece "Best Of" collection.

Within the nin:access iPhone app and the "Listen" section of nin.com, the tracklisting was recently updated to include: