The Fragile: Deviations 1 (also known as Halo 30) is an alternate take on The Fragile by Nine Inch Nails. It began shipping in June 2017, but was released digitally in December 2016 to those who ordered the physical product from nin.com. 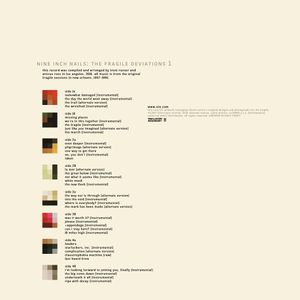