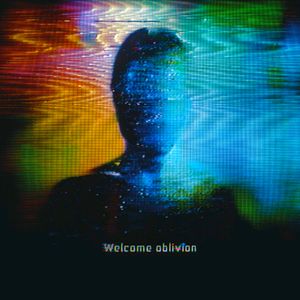 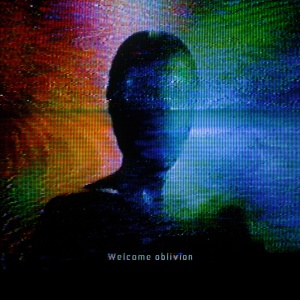 Asterisks indicate songs that previously appeared on An Omen EP.

The vinyl release also includes a CD of the vinyl sequencing of the album within the sleeve. There are two unique tracks on the vinyl format : The Province Of Fear and Unintended Consequences.

"The visual direction of this album came about first from the concept of the record. Trying to express the anxiety of information overload, the end of mankind as both terrifying and transformative, apocalypse and evolution, etc. I was inspired by the way Trent and Atticus set up rules for themselves around the way they record music for each project, and the analog methods they were experimenting with for this record that tied into its themes. So I started looking for a visual analogy for that, and also a visual analogy for information overloading the pipeline it's being sent through - of signals unable to display coherently. It led me down the road of experimenting with analog cables and old CRT monitors and VHS decks. The result was a set of rules I came up with for creating the visuals. As much of a pain in the ass the process is sometimes, it's strangely freeing to work within constraints. Not only does it force a rigid visual consistency, it takes Photoshop out of the equation entirely (the CRT texture makes the images largely uneditable in post, besides color corrections). Sometimes there's something extremely daunting about a blank document in Photoshop, because you can go absolutely ANYWHERE with it. Setting up some limitations has proved really useful."[2]

How To Destroy Angels Discography
Retrieved from "https://www.nin.wiki/index.php?title=Welcome_Oblivion_(album)&oldid=53394"