The non-album tracks from this era are "Non-Entity" and "Not So Pretty Now." During a chat with fans in The Spiral, Reznor stated that these songs were outtakes from the With Teeth sessions, and studio recordings of them might one day surface. On March 20, 2009, Reznor released the long-awaited studio versions as part of the NINJA 2009 Summer Tour EP via ninja2009.com. 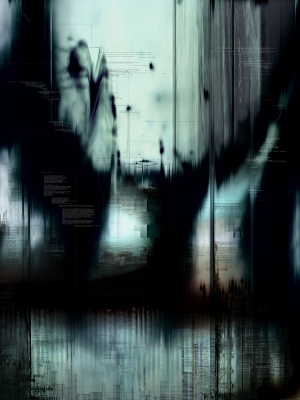 On a PDF poster (containing lyrics and credits) posted to the With Teeth site and later made physically available to members of The Spiral as part of the welcome package, several extra songs were alluded to but not featured on the album. All of these songs contained lyrics in some form, though they were not entirely legible. These songs are:

In a pre-release article [1] for With Teeth, a song named "My Dead Friend" was mentioned. Whether this is an earlier name for a song that does appear (such as "Beside You In Time") or simply didn't make the cut, is so far unknown. It is speculated that it may have become "This Isn't The Place". Similarly, there is a possibility that "The Life You Didn't Lead" informed or inspired "The Lovers".

In January 2020, two separate CDs (marked as being from late 2004) surfaced that purported to contain songs from With Teeth in various states of completion, as well as outtakes that had not previously been mentioned. There were two different CDs: one with five tracks that were all released on the final album in some form, and a double CD containing all of the album tracks (some finished, some in demo form) and several demoed outtakes on disc two. The previously unknown outtakes were named "Cover It Up", "Good Day", and "The End". "Cover It Up" was also reported to be an early version of "The Idea Of You". The five-track CD was sold by Amoeba Records on eBay, and images of the double CD showed up on imgur. No content from either CD has been shared. Tracks claiming to be from the five-track CD were posted to archive.org the same month as the eBay sale, but were found to be elaborate fakes.

These CDs were brought to the attention of Rob Sheridan, who stated on Twitter that the five-track CD "appears to be one of the ones I made (printing out on a home printer on cut-out CD insert template paper) that we sent out to record industry people and potential collaborators." When asked on Patreon about the "new" outtakes, he stated, "I should probably not comment any further on that one, it's really not my place to talk about unreleased NIN stuff."

At long last, the Definitive version of With Teeth, meticulously prepared by Trent Reznor, Atticus Ross and NIN art director John Crawford. Remastered in 2019 on 180-gram vinyl, with lots of details attended to that you may never notice but we care about.

This edition of the vinyl comes with a booklet containing photos and an essay about the album, written by David Fricke. It also contains the lyrics, adapted from the old PDF poster.

A lot of this was [about] my relationship with myself, the world at large, and where I might fit into that...Also [it's about] my relationship to a disease that's going to kill me if I don't deal with it, and I came very close to that. Hopefully disguised enough that it's not a terribly boring record about recovery and addiction and that nonsense.

What do you do when you buy a record now? I either download it or, more likely, I'll immediately put the CDs I buy in my iPod and then I lose them. Artwork is disposable now. I liked albums. It was an exploratory process. I don't see that with CDs. They're junk. It feels like we should just by-pass packaging all together. If you want to, you'll be able to buy a real deluxe book that the record fits into. It's a super nice thing that will have a big essay from me and a lot of pictures. It's more of a presentation and the artwork that you have now, that maybe you didn't quite understand, you'll see how it all fits into this. You'll get it.[4]

In 2021, Rob Sheridan revealed that gel electrophoresis was used in the With Teeth artwork, as had been suspected by some fans.[5]

All With Teeth era songs have been played live, though "Sunspots" didn't make its debut until 2022.