This is the only known version. The song begins with a lone piano melody in G, like the preceding track "12 Ghosts II". It is joined by a simple, quiet 8-bit drum beat. Atmospheric drones fade in, and the sound of slow breathing enters later in the song. 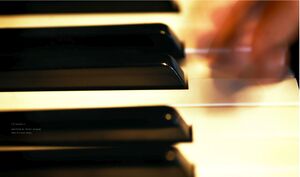