"24 Ghosts III" is the twenty-fourth track on 2008's Ghosts I–IV. It contains a sample from the movie "The Mothman Prophecies" ("get the door, get the door").

This is the only known version. It begins with the drone that fades out from the ending of "23 Ghosts III." Aggressive drums and synth bass start the song, with additional sound effects for background. Among these is a sample of the line "Get the door, get the door!" from the film The Mothman Prophecies. The drum beat is filtered while sound effects and synth bass continue playing over during a brief middle section. The drums return to original volume with the synths as distorted guitar sounds enter. A synth pad begins to fade in underneath as drums and sound effects fade out. The synth pad begins "25 Ghosts III." 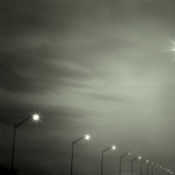 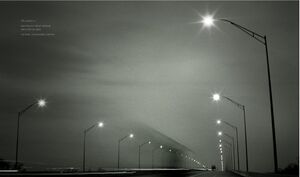