"28 Ghosts IV" is the twenty-eighth track on 2008's Ghosts I–IV. It is the first track on the Ghosts IV portion of the album.

This is the only known version. It begins with a mellow pulsing synth bass line, and is joined by a simple plucked banjo string riff. Filtered drums enter, followed by a hollow-sounding drone. The song transitions to the B-section, in which a new synth bassline plays. Layered banjos form chords, and a different simple banjo riff is played with a two-note piano accent. The A and B sections alternate twice. New sounds play during the second B-section, including a dissonant drone, light electric guitar layers, plucked piano strings, timpanis, and an electric guitar riff. Filtered drums play alone for a few seconds to end the song.

"28 Ghosts IV" debuted live on August 13, 2008 in Duluth, Georgia on the Lights In The Sky over North America tour. It was infrequent in the early months of the tour, but was a fixture by December.

The track was played live during the three Lights in the Sky shows that were recorded by the band's crew, and ultimately appeared in "The Gift" from This One is on Us. 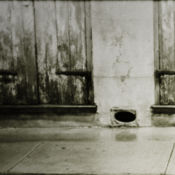 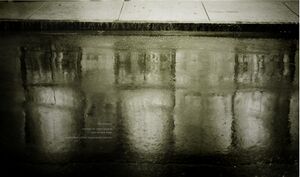