This piece starts out with a percussive beat that is later joined by a staccato guitar melody. A bass provides the melody as breathing noises and additional percussion sounds are incorporated over the beat at various intervals. Guitars sound effects enter in the background during the latter half of the song. The song ends with an echoing percussion element.

"3 Ghosts I" has never been played live.

While "3 Ghosts I" is not the greatest example of this, it should be noted that much of the artwork embedded in the files of the official download of Ghosts I–IV from nin.com are not just cropped versions of the photographs in the PDF. 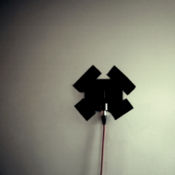 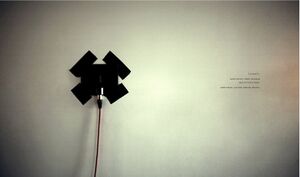