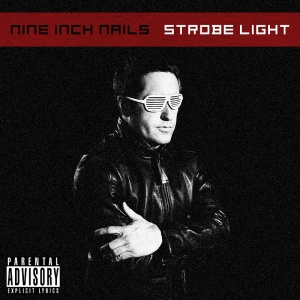 On 1 April, 2009, Trent Reznor announced Strobe Light, which was apparently Nine Inch Nails' brand-new album, featuring various artists. The album was an April Fool's day joke, and has been mentioned on several April Fool's since. The website featured a repeating tempo accompanying the page, and a rapidly flashing GIF image at the top, "strobing" to match the album's name.

To download NIN's new full-length album Strobe Light, PRODUCED BY TIMBALAND, enter a valid email address in the fields below. A download link will be sent to you immediately. Your credit card will be charged $18.98 plus a $10 digital delivery convenience fee. Your files will arrive as windows media files playable on quite a few players with your name embedded all over them just in case you lose them. You will also receive an exclusive photo and a free email account with our partner Google's Gmail service.


Your email will be kept confidential and will not be used for spam, unless we can make some money selling it.

This "release" was an April Fools' joke on Reznor's fans, and was a parody of the current music scene's obsession with particular artists, production by Timbaland, and also a tongue-in-cheek poke at his own song titles and public image. Reznor may have been referencing Chris Cornell's album Scream, which was produced by Timbaland, noting a particular (tweet).

Any attempt to download the album would redirect the user to a faux "Blue Screen Of Death" (here), a mock at the Windows error message.

The embedded music beat on the is page likely a default beat from some type of music related software and not anything composed by Nine Inch Nails or Trent Reznor. The embedded file for the song is called "ACIDDANCE.mid" (here).

On April 1st, 2019, a fan-made album was released with the same name. It is comprised of mashups and follows the same tracklist as the one originally teased. It was uploaded to Bandcamp (here) and archive.org (here.)

Go Fight has interpreted "Pussygrinder" from the album.