TOH (Top Of The Hour)

"TOH (Top Of The Hour)" is the station-assigned name of an untitled track by Nine Inch Nails, written exclusively for Shinya Tsukamoto, to be used in an MTV Japan promotional placement. It has never been released, and is only found within the trailer itself, posted on YouTube[1]. 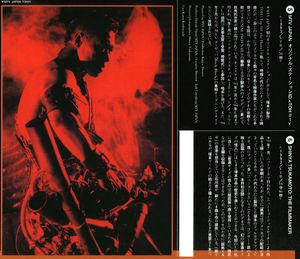 Information on the promotional video:

Made by Tsukamoto Shinya as the first-ever station ID for MTV Japan, this video was called "TOH (Top of the Hour)". It was used from September 1993 til August 1994.

So far, a number of famous film-makers have made the TOH in the US. This time - exclusively for MTV Japan - Nine Inch Nails, who had been asking Tsukamoto to do their promotional video, penned the music. With this familiar melody [sic] by NIN, the video almost feels like a scene from the movie Tetsuo. The film won the Station/Network ID award at New York Festivals TV & Film Awards 1994. [The copywriter fails to mention "who", but somebody] attended the ceremony and got tumultuous applause.

MTV Europe started using this TOH video in February 1994 for the opening title of the Rock Block programme.

TOH (Top Of The Hour)

"Top Of The Hour" has never been played live