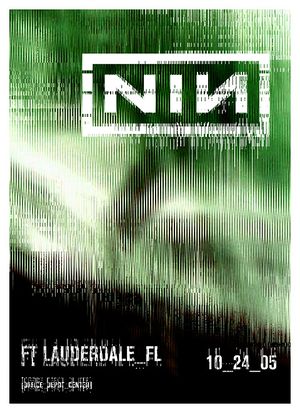 Limited-edition lithograph made for this concert

This concert was scheduled for October 24th, 2005, at the Office Depot Center in Fort. Lauderdale, Florida as part of the With Teeth Fall Arena Tour. Death From Above 1979 and Queens Of The Stone Age were scheduled to open.

This show was cancelled due to Hurricane Wilma, which struck Florida that day.

Trent Reznor posted several updates to the TR section of nin.com about the show