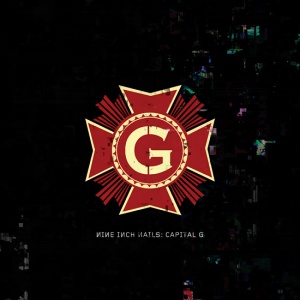 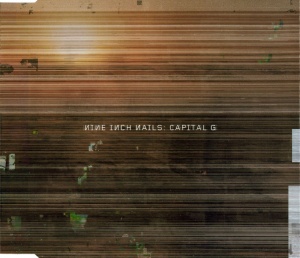 The Capital G single was released in Europe on June 4, 2007, on vinyl only (9"). Trent Reznor made this decision after Interscope initially wanted to release the single in a manner similar to Survivalism. Reznor has expressed his displeasure with multiple-part CD singles, feeling that they force his fans to spend more on a single than they really should.[1]

Because it is a vinyl-only single, Capital G has not been designated as a Halo. To clarify, Rob Sheridan posted the following on The Spiral:

It will not be a halo. It's a simple 9" vinyl release the record company really wanted to put out - Europe only, I believe. Side A is Capital G, side B is the Dave Sitek Survivalism remix. It will be nice for the people who have the 9" collector box, but we kept a halo # off of it because it doesn't warrant one, and so regular collectors wouldn't feel any pressure to pick it up just for the sake of completeness.

There is also a 4-track CD promo version which contains the two tracks from above (as tracks one and four in the order they appear above) and includes a clean version and a shortened version of the 666 remixes.