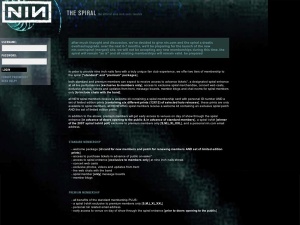 The Spiral logo, from a t-shirt 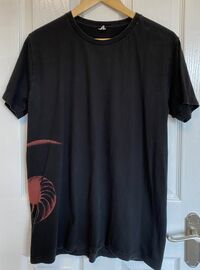 An exclusive members-only NIN show was performed on March 31, 2006 during the With Teeth Spring Arena Tour.