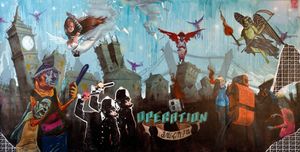 The billboard, under a bridge in London

This site was found via a billboard underneath a bridge. The location of the bridge was given in an Art Is Resistance flyer found at the March 11, 2007 show in London. See this thread for more images and info. The billboard had Operation Swamp 0000 written on it. A site was found when .net was added to "operationswamp0000"

On 3/13/07 this photo was released on the official NIN website.

This site appears to have been constructed by one of the "chip-pullers" mentioned on Operation Chip Sweep. It contains detailed instructions, complete with photographs, on safe removal of a nerochip from one's own body. The anonymous author claims to have been a paramedic or EMT, and insists, "Don't think for yourself, it's not your strong suit. Just do EXACTLY what I fucking tell you."

The interesting thing about this site is that it is quite obviously based in England, revealing that in the world of Year Zero, the shift to totalitarianism previously thought to be occurring only in the United States is apparently spreading elsewhere. However, it is not that clear in the U.K. and the government is using cameras and chips to keep track of everyone's movements.

This site also mentions something called Operation Chip Sweep, which led to another website, also apparently based in England.

A quote from The Catcher in the Rye is in the broken text on the site:

"I'm standing on the edge of some crazy cliff. What I have to do, I have to catch everybody if they start to go over the cliff— I mean if they're running and they don't look where they're going I have to come out from somewhere and catch them. That's all I'd do all day. I'd just be the catcher in the rye and all. I know it's crazy, but that's the only thing I'd really like to be. I know it's crazy." ~ J. D. Salinger, The Catcher in the Rye 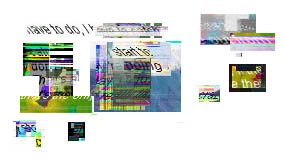 On the website, the author states that thinking for themselves is not the British people's "strong suit." (Quote above.) This is most likely simply the author looking down his nose at the convicts who would have these chips in them, but it may also allude to the use of Parepin or a similar drug in England.

This link is also interesting: http://www.tldm.org/News4/MarkoftheBeast.htm Note the biblical reference to "the mark of the beast" and the statement that the mark will be in the right hands of men, as are the chips in Year Zero.