TV On the Radio

(Redirected from TV On The Radio) 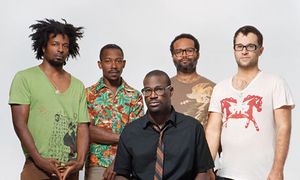 TV On The Radio

TV On The Radio is a experimental rock band from New York City. They opened several shows for Nine Inch Nails on the With Teeth Tour.

TV On The Radio joined Trent Reznor and Peter Murphy (of Bauhaus) for a special radio performance. The TVOTR song "Dreams" was performed, as well as "Final Solution" by Pere Ubu and "Bela Lugosi's Dead" by Bauhaus.