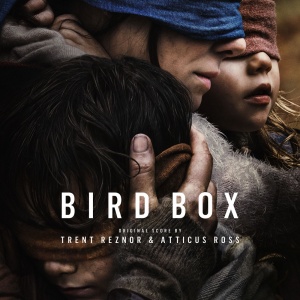 Bird Box Original Score was composed by Trent Reznor and Atticus Ross for the Netflix film of the same name. The score was released as a digital "abridged version" on January 1, 2019. Its release number is Null 09, in keeping with The Null Corporation's numbering system.

A more expansive vinyl box set version of the score was released on November 22, 2019. It re-creates the actual box from the film, and has holes in its lid and two to three feathers that can be found when the panel bearing the tracklisting is carefully lifted and removed. This version of the score was also made available digitally to those who purchased the box set. The following description was posted to nin.com:

Extended compositions and explorations created during the Bird Box scoring sessions from Academy Award winners Trent Reznor & Atticus Ross. Over two hours of music completed in various hotel rooms before and after Nine Inch Nails' 2018 Cold, Black & Infinite US tour. The intense pace and pressures of nightly performances began to bleed through into the work. What started as a film score began to mutate and expand into something far beyond what you saw on the screen. 4XLP pressed on 180g vinyl.