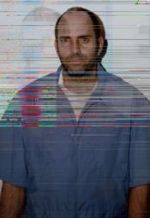 John Ferminger (John of Boston) was an inmate at the Judson Ogram Correctional Facility, author of The Water Turned To Blood, and an important person in the world of Year Zero.

John and his daughter were caught in an accident on the Zakim Bridge in Boston. The water below the bridge turned to blood, and the distraction to the drivers caused an accident, in which John's car was pushed off of the bridge and into the water. John's daughter drowned as a result. John escaped and exhibits some of the symptoms of being in contact with The Presence, however his psychological evaluation and interview do not allude to any direct contact.

John then took the name "John of Boston," and started preaching to people about his "baptism in blood". He was arrested and was released on bail for conducting an unapproved crowd of more than 20 people. While out on bail, he was arrested again for the same crime. The officers allowed him to finish preaching for fear of a riot. He was put into Judson Ogram Correctional Facility for his crime. Dr. Gantry seems to be a possible follower of John as he tries to tell him that if John doesn't publicly repent on his preachings, he will be killed. He showed some sort of interest in Dr. Gantry's partner, Francesca, and it is suggested John is projecting her as a surrogate for his daughter.

His innocence is disregarded, as suggested by police notes on his transfer document, because they want to keep him out of the public eye. John is put onto a high dose (20mg every 10 days) of Flupentixol, an antipsychotic that lasts up to 4 weeks from a single injection. He refused to to sign a rebuttal of his comments with a public statement confirming this action, and is subsequently executed.