"18 Ghosts II" is the eighteenth track on 2008's Ghosts I–IV. It uses a drum loop of the same rhythm as prominently used in "Now I'm Nothing," but it is not a sample. It is the last track on the Ghosts II portion of the album.

This is the only known version. At 3:43 of this track, there is a loop that sounds very similar to a riff in Stefan Goodchild's remix of "The Warning" on Y34RZ3R0R3M1X3D. It begins with a simple electronic drum beat, echoing synths and synthesizer layers. A distinct call-and-response echoing guitar riff plays during a middle section of the song. Entering a less percussive section, atmospheric pads and synth sound effects play. In this section, effected - possibly reversed - wordless vocals accompany the instruments.

While "18 Ghosts II" is not the greatest example of this, it should be noted that the much artwork embedded into the files of the official download of Ghosts I–IV from nin.com are not just croppings of the photographs in the PDF. 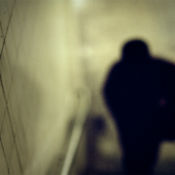 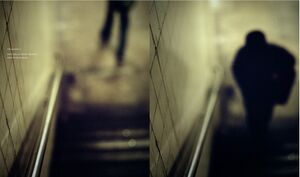