This is the only known version. A rhythmic piano riff starts the song, accompanied by a slurping sound effect. Four-on-the-floor electric bass kicks enter before an odd guitar riff. A sitar or other acoustic drone instrument briefly plays in the right channel. Echoing plucked strings play throughout the song. In a middle section, the piano and beat drop out leaving the sound effect, strings, and a drone. The piano and beat re-enter alone, followed with a distorted electric bass riff. The song ends with the beat exiting, as reversed guitar sound play quietly, and echoing strings end the song alone.

"32 Ghosts IV" made its debut at the August 12, 2008 show at the Knoxville Civic Coliseum, but has only made one appearance since then, on November 26. 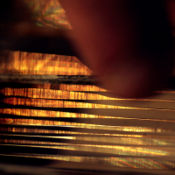 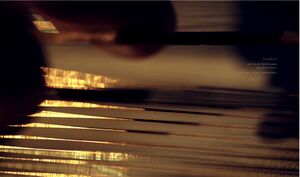