"34 Ghosts IV" is the thirty-fourth track on 2008's Ghosts I–IV. The beginning of the song is very similar to "The Fragile." The track was nominated for "Best Rock Instrumental Performance" at the 2008 Grammy Awards. Multitracks for this song were released in raw WAV format via remix.nin.com.

In December 2018, the song was sampled by rapper Lil Nas X on "Old Town Road" with Trent Reznor and Atticus Ross being given songwriting and production credits. "Old Town Road" went on to top the Billboard charts for 19 weeks, giving Reznor his first number one hit on the Hot 100. He and Ross also won a Country Music Award in 2019 for their production on the track.

This is the only known version. The beginning follows a similar pattern of "28 Ghosts IV"; a mellow synth bassline begins the song, with a simple plucked banjo string riff. More banjos are layered on to create chords, and piano accompanies after a few measures. All of these layers cut off, replaced with a low ascending piano line very similar to the one that begins "The Persistence Of Loss". Brass horns play along with the piano riff, and unsettling plucked strings and a drone enter. The drone plays alone for a few seconds, when a distorted synth loop plays. A few synth layers join with simple filtered percussion. A drone begins to fade back in, and effected piano plays when a higher version of the synth loop enters. The higher synth loop, drone, and filtered percussion fade out, ending the song. 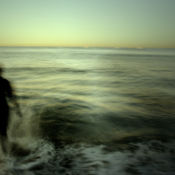 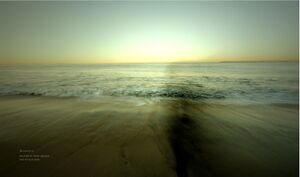