"35 Ghosts IV" is the thirty-fifth track on 2008's Ghosts I–IV. Multitracks for this song were released in raw WAV format via remix.nin.com.

This is the original version. It begins with a delayed static-y beat. Synth noise joins with brief bursts of electric guitar sounds. An electric guitar riff enters with scream-like guitar sounds with heavy reverb in the background. A brief screaming guitar solo plays over percussion layers. All the layers drop out, and the song ends with an odd pulsing sound effect.

It should be noted that the much artwork embedded into the files of the official download of Ghosts I–IV from nin.com are not just croppings of the photographs in the PDF. In this case, the two photographs are completely different. 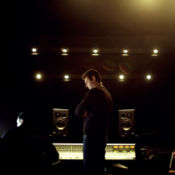 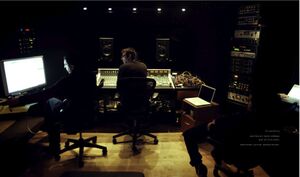