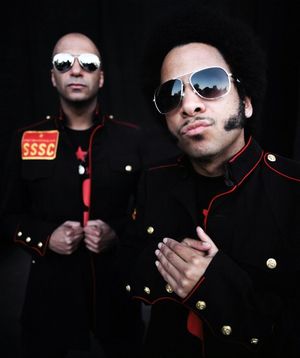 Street Sweeper Social Club is a rock/rap supergroup founded in 2006 by Rage Against The Machine's Tom Morello and The Coup's Boots Riley. Their self-titled debut album was released in June 2009.

They supported Nine Inch Nails and Jane's Addiction for the NIN/JA portion of the Wave Goodbye Tour and appeared on the NINJA 2009 Summer Tour EP. During a live show, Trent Reznor made a surprise appearance on stage with the group and they performed a cover of the MC5 song "Kick Out The Jams".