"The Lovers" made its live debut at the first show of the I Can't Seem To Wake Up 2017 tour. It appeared at most shows on that tour, and every one throughout Europe + Asia 2018, before continuing to appear frequently on the Cold And Black And Infinite Tour. 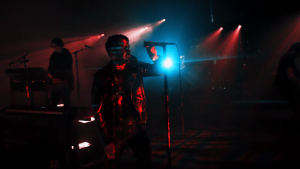