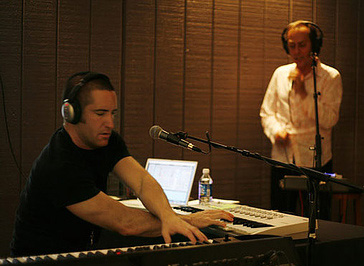 Throughout the course of the With Teeth: Summer Amphitheater Tour, Trent Reznor collaborated with Peter Murphy to perform and record several songs [1]. These performances include covers of Bauhaus, Nine Inch Nails, and Joy Division songs among others. Also appearing on these performances are TV On the Radio, Jeordie White and Atticus Ross. Photographs taken at each performance can be viewed here.

Trent Reznor, Peter Murphy, and TV On The Radio 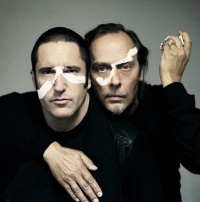 There has never been an official release of the full sessions. However, the band's version of "Hurt" was released on iTunes as a charity single, and the video for shows 2 and 3 were made available on video hosting sites by NIN. The sessions were compiled on the bootleg Where Darkness Doubles Light Pours In.