"Zero-Sum" is the sixteenth and final track on the 2007 release Year Zero. The song uses a drum pattern very similar to that of "God Given", though it is slowed down dramatically.

In game theory and economic theory, zero-sum describes a situation in which a participant's gain or loss is exactly balanced by the losses or gains of the other participant(s). It is so named because when the total gains of the participants are added up, and the total losses are subtracted, they will sum to zero. The strategy game Go is an example of a zero-sum game.

As a reference to the end of the world, the title could also be alluding to the phrase "ashes to ashes, dust to dust". The phrase comes from the Bible passages "Dust thou art, and unto dust thou shalt return" (Genesis 3:19) and "I will bring thee to ashes upon the earth in the sight of all them that behold thee" (Ezekiel 28:18), the relation to the song being that humanity was born from nothing and to nothing it will return, a total gain of nothing or "zero-sum".

This is the original album version. It consists of Trent Reznor's signature piano playing on a grand piano, glitch-like programmed beats, and vocals pushed to the back of the mix. The vocals alternate between Reznor delivering vocals reminiscent of dialog samples and distant, harmonized singing.

This remix appears on Y34RZ3R0R3M1X3D. It begins with a basic melody and beat before the vocals come in. A synth comes in over the vocals, riding over them like a wave. The melody changes as the verse transitions over to the first chorus. After the chorus, many elements drop out as it builds to the second verse. Many sound elements from the first verse returned but are now joined by a hi-hat and drum beat. After the second chorus repeats, the melody heard at the very beginning returns accompanied by the hi-hat and drum percussion. These sounds drop out at the end save for a synth beat that simply fades quickly.

These lyrics may be incomplete, as the full edit of this version is not currently available 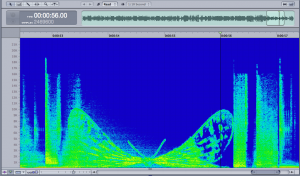 "Zero-Sum" was played in part during the Lights In The Sky Tour in 2008. During the extended ending of "In This Twilight," Reznor performs the chorus melody and accompaniment of "Zero-Sum" on piano as the band members exit one by one. This song was never played in its entirety.

The sixth line of each chorus is sung as follows: