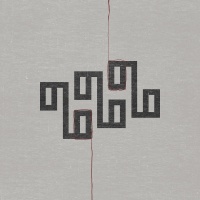 "999,999" is the first track from the Nine Inch Nails album The Slip. It is primarily an instrumental, with some brief whispered clips of words and spoken vocals at the end. The song's title and instrumental nature may suggest a reference to the Ghosts I–IV, and the transition with the song 1,000,000 into the new style of The Slip. The accompanying artwork seems to be made of six '9's, three of which are facing down, with their tails merging with the tails of the '9's facing upward. The three facing upward '9's could also be in fact '6's, that could very well tie this first track with the last, Demon Seed.

The artwork for the sticker from the CD/DVD release is the same as the digital release, but with the red lines omitted.

This is the original album version.

This song was used as intro at the dress rehearsal show of Lights In The Sky Tour.