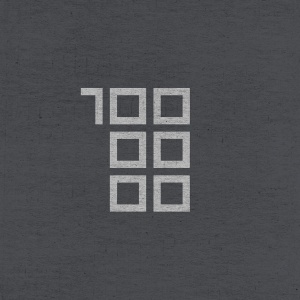 The idea of the narrator being or feeling "a million miles away," as sung in this song during the chorus, seems to reference or relate to the same idea as sung first in "Hurt." It would also be mentioned again in "All The Love In The World." Whether the three songs are all specifically related beyond repetition of the phrase is publicly unverified.

The song's accompanying artwork is constructed of a '1' and six '0's. Also the one could possibly be a person slipping off the edge of a building, represented by the stack of zeroes. This would coincide with the lyrics. The artwork also resembles, like the artwork for the track "Discipline," the part of the Art is Resistance logo with the star. In the Limited Edition CD/DVD insert, there are two red lines in the artwork, one originating in the center of the bottom box on the left, and one originating in the middle box on the right. Both lines continue straight downward and off the page.

Multitracks for this song (and all others from The Slip) were released in raw WAV format via remix.nin.com. While this song appears on The Definitive NIN - The Singles, it was never released as a single or promo.

This is the original album version. The song shares a similar structure with "The Collector," notably how the songs begin, each with a drumming intro and following with a string instrument ("The Collector" had a bass while "1,000,000" has a guitar) which then leads into the lyrics. Perhaps its most notable feature is its structure, which separates the final chorus from the coda via Trent Reznor's lone voice and ensuing silence before drums and guitar blast back in. Its sudden ending leads immediately into "Letting You."

This version of the song was released online via nin.com and PitchforkTV. It was filmed and recorded in the band's rehearsal space in mid 2008 and directed by Rob Sheridan. It also features on The Slip's physical release, on an accompanying DVD of rehearsal footage.

This song made its live debut at the dress rehearsal show of the Lights In The Sky Tour, and was performed as the opening song on every show of that tour.

"1,000,000" continued to be played throughout the Wave Goodbye Tour, appearing at about half of the shows throughout the setlist. A new live introduction was performed on the Australian dates, consisting of "Corona Radiata"-like synthesizer atmospherics surrounding a drum loop from the studio version of "1,000,000" that began at an extremely slow tempo and gradually sped up, eventually leading into the song's normal introduction. This intro was included in an HD video filmed from the stage by Rob Sheridan on the tour and subsequently shared via the official NIN Vimeo account.