"Burning Bright (Field On Fire)" is the fifth track on the 2016 EP Not The Actual Events. The song features Dave Navarro of Jane's Addiction on guitar. It is worth noting that the final line, "I can't tell if I am dreaming anymore," is also the final line of "We Fade Away" by How To Destroy Angels, with the omission of the words "seem to".

"Burning Bright (Field On Fire)" made its live debut at the first show of the I Can't Seem To Wake Up 2017 tour, and was played at all but the last of the shows on that tour.

It appeared at a third of the shows on the Cold And Black And Infinite Tour, always following on from "The Great Destroyer" towards the end of the main set.

The song was featured during season 4 (episode 6) of TNT's Animal Kingdom on July 2, 2019. This is the third time a Nine Inch Nails song has featured on the show, along with "The Background World" and "I'm Not From This World". 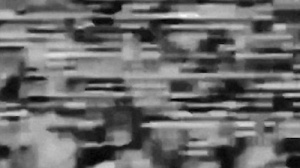 Frame from the music video

A low-concept music video, much like the one for "God Break Down The Door", was posted to the official NIN YouTube account. The audio is simply accompanied by rapidly shifting, choppy black and white static.

Additional lyrics printed on the physical component include: