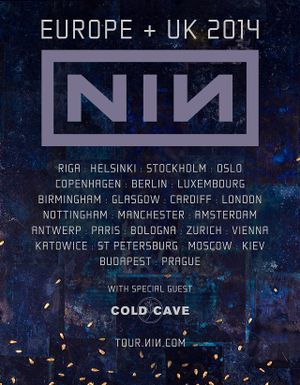 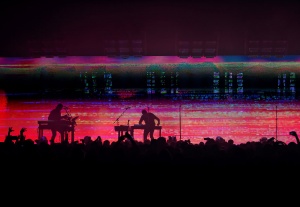 The stealth screen in action 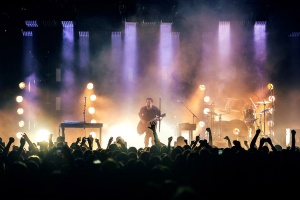 The band with overhead lighting panels and spotlights

The setup for this leg was similar to the previous two legs in that it was minimal, but a single stealth screen was used, displaying lighting/video content behind and above the band depending on the song. The banks of various spotlights, as well as the overhead lighting panels that were used during the Tension 2013 Tour also returned.

In spite of the somewhat rigid nature of the lighting and visuals, the setlists for this tour were quite varied. Several songs rarely played on recent tours made appearances, such as "The Becoming", "Letting You", "Beside You In Time", and "Hand Covers Bruise".