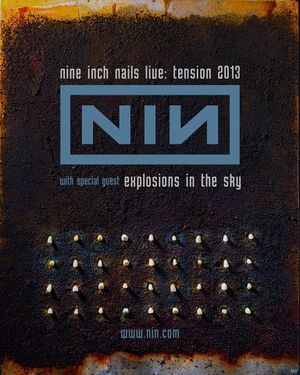 This tour took place between September and November 2013 in North America. It was part of the NIN 2013-2014 touring cycle. The opening acts were Autolux, Explosions In The Sky, Godspeed You! Black Emperor and Gary Numan.

The Los Angeles show of this tour was professionally filmed and was scheduled to be released as a DVD/Blu-ray in Spring 2014. Other shows from later in the touring cycle were filmed with the intention of being added to the package, but the current status of the project is unknown. A 77 minute edit of the footage is currently available to view here. 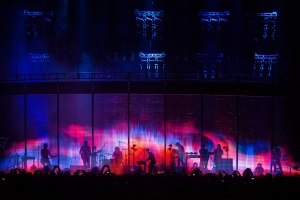 The stealth screens in action 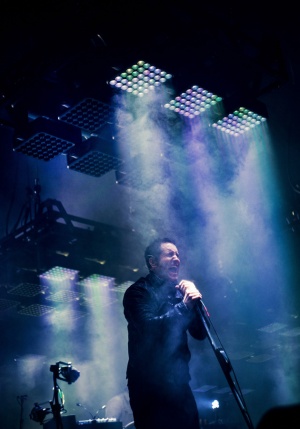 The production for this leg was very different from the festival dates and was again a collaboration by Rob Sheridan, Roy Bennett and Moment Factory. When this leg was originally announced, Reznor was quoted as saying that it "picks up where Lights in the Sky left off" and that it was "the full-on Nine Inch Nails live experience realized as we never could before." It featured heavy use of "stealth screens", like those from the aforementioned tour, which could be raised and lowered throughout the set and which presented elaborate visuals. A unique lighting element was also added in the form of a number of nine-paneled geometric lighting rigs suspended over the band.

The setlists for the Tension 2013 tour had more variation on a song-by-song basis than the NIN 2013 Festival Tour and songs could be shuffled around a good bit between nights, so though certain songs are predictable, the order may not be. Examples include:

Two shows, the Austin City Limits taping and the second Las Vegas show, featured a re-structured set, opening with "All Time Low" instead of "Copy Of A" and featuring other minor song order tweaks. The performance on Jimmy Kimmel Live! was a five song 'mini-concert' and acted as a sort of sampler for the Tension tour and new album. For this reason, "All Time Low" and "Came Back Haunted" are the only two songs that were technically played at every show.