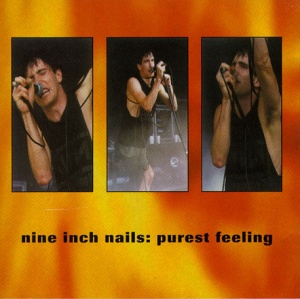 Purest Feeling is a bootleg of the original demo version of Nine Inch Nails' debut album, Pretty Hate Machine, that was recorded at the Right Track Studio in November 1988 by Trent Reznor while he was still working as a technician there. It was released as a CD in 1994 by Hawk Records.

The sound is brighter (and in some cases happier) than that of the final versions on Pretty Hate Machine; several songs feature more drumming and guitar work throughout, as well as a heavier use of samples from films. "Kinda I Want To" is reminiscent of early house music. "Twist" is an early version of "Ringfinger," featuring different lyrics and less use of sample loops. The entire album has segues leading each track into the next.

Material off of Purest Feeling was performed live in 1988 on Nine Inch Nails' first shows opening for Skinny Puppy on the VIVIsectVI Tour.

The album cover is the fire background from Broken with the lower case "n" replaced by three pictures of Reznor performing live. The bootleg was released in a standard jewel case.