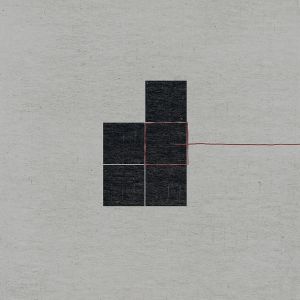 "Discipline" is a single from Nine Inch Nails and also the fourth track on Halo 27, The Slip. It contains a beat reminiscent of "Only" from With Teeth, and its lyrics seem to have a sado-masochistic overtone.

The song was released to radio stations simultaneously around 2:30pm EST on April 22, 2008, being mastered only the day before, and was then made available as a free download via discipline.nin.com, which eventually redirected to theslip.nin.com. When downloaded, it comes with track art and a note found in the comments box of the song info saying "Go to www.nin.com on May 5", which was the release date of the then-unannounced album The Slip. The lyrics are also contained.

"Discipline" is the first radio single from NIN since becoming an independent recording act, following their final release under a major record label, 2007's Y34RZ3R0R3M1X3D. Due to the advertisement and short notice of the release, the song was posted on YouTube almost immediately after release. The multitrack files for this track were released at remix.nin.com.

The track art resembles a lowercase 'd'. It also resembles a person sitting with their knees drawn up to their chest, facing to the left. Lastly, the shape also resembles the portion of the Art is Resistance logo that contains the star. For the physical release booklet, the red line on the "Discipline" artwork continues over to the opposite lyrics page crossing over the phrase "I cannot help myself".

The version on The Slip is 4:19 and starts to fade out at the end, but then abruptly cuts off as it segues into "Echoplex." You can find in the scrapped 24/96 WAV format download, a 4:34 version that fades out slower and to a more complete silence than the MP3 version. However the final WAV24/96 does have the regular 4:19 version.

The version that can be created from separate multitracks is 5:08 when combined, and does not fade out. Instead, the outro continues for an additional 3½ measures with extra unused vocals before abruptly coming to a halt.

This song made its live debut at the dress rehearsal show of the Lights In The Sky Tour. It was a staple that year and remained a feature throughout the Wave Goodbye Tour the following year, but did not return until 2022. There are no significant changes from the album version, save an extended outro.