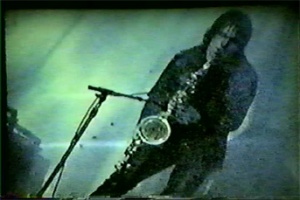 "Subterraneans" is a song by David Bowie, performed live by Bowie and Nine Inch Nails frequently on the Dissonance Tour in 1995. The song was resurrected for the Cold And Black And Infinite Tour and the NIN 2022 tour.