Right Where It Belongs

"Right Where It Belongs" is the thirteenth track on the 2005 release With Teeth. Preview copies for media had it labeled "Cages," though it's unknown whether that was a working title or just an anti-piracy measure [1].

A re-work of the track by Martin Wav was featured in a trailer for The Game Awards 2022.[2]

Right Where It Belongs

This is the original album version. Heavily atmospheric, its opening ambience transitions from the end of "Beside You In Time" into its first quiet musical elements, a bouncing bassline and guitar riff accompanying a piano lead and soon Trent Reznor's melodic vocals. New melodies and changes join Reznor's choruses, but all of the layers seem muffled and distant throughout. The second verse is characterized by a unique sonic change only found in this NIN song: upon singing the last line of the verse, all the layers become much clearer, soon joined by a cheering crowd erupting as the second and final chorus begins. Reznor quietly and wordlessly accompanies the repeating final piano melody, which ends the song alone.

Right Where It Belongs (Instrumental)

Right Where It Belongs V2

This is an alternate version of the song, available on the UK and Japanese releases of With Teeth. More minimalistic than the original album version, it simply features a different vocal take accompanied by electric piano. Its structure and lyrics remain the same. This version was also available to download at remix.nin.com.

Right Where It Belongs (Beside You In Time)

This version can be found on the Beside You In Time DVD. It is much quieter than the album version, losing the slightly abrasive synthesizers in exchange for a mellow piano.

Right Where I Belong 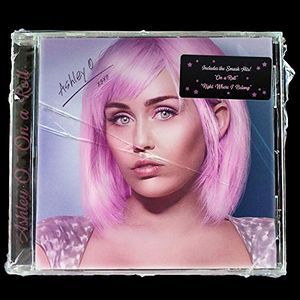 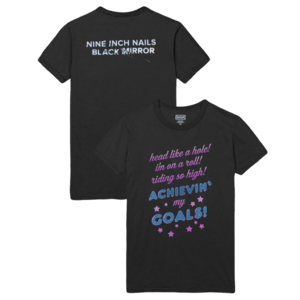 In June 2019, the anthology TV series Black Mirror aired the episode "Rachel, Jack and Ashley Too", which featured versions of "Head Like A Hole" and "Right Where It Belongs" with new lyrics written by Charlie Brooker and recorded by Miley Cyrus, entitled "On A Roll" and "Right Where I Belong" respectively. Cyrus also recorded direct covers of both songs, all of which were sanctioned and approved by Reznor - a rarity for any cover of Nine Inch Nails. The songs were recorded and released under the name "Ashley O", Cyrus' character name in the episode. The band also released a collaborative t-shirt on their website, featuring Brooker's new lyrics.

"Right Where It Belongs" made its live debut on September 19, 2005. On the Fall 2005 and Winter 2006 legs of the Live: With Teeth tour, this song was the centerpiece of the 'slow section' of the concerts, as a curtain was dropped down in front of the stage, onto which video images compiled by Andrea Giacobbe were projected. It was always preceded by "Eraser" and followed by "Beside You In Time". The alternate V2 version was played very rarely on the NIN/JA Tour.