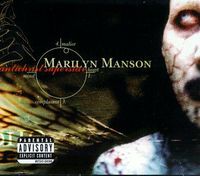 Antichrist Superstar is Marilyn Manson's second full-length studio album, released in October 1996 through Trent Reznor's Nothing label. The album was co-produced by Reznor and many songs on the album saw contributions from members of Nine Inch Nails and previous NIN collaborators. It is considered to be a concept album, with a three part storyline detailing the protagonist's rise. This was the last album that Reznor and Manson collaborated on.

Cycle I: The Heirophant

Cycle II: Inauguration of the Worm

Like NIN's Broken EP, the album has numerous blank tracks. Tracks 17 through 98 are blank and are on average four seconds long. The first and last blank tracks are 9 and 5 seconds long respectively.