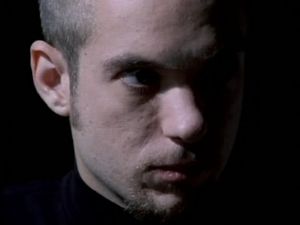 Chris Vrenna (born February 23, 1967) was the live drummer for Nine Inch Nails from 1989 to 1997 (except for 1991, when he was fired from the band for a brief period.) He was also a keyboard player in the earliest incarnation of the NIN live band in 1988. A new keyboard player was then brought on board so that Vrenna could switch to drums. He also served as somewhat of a sound designer during his entire tenure with NIN. On November 7, 2020, Vrenna and NIN were inducted into the Rock And Roll Hall Of Fame.