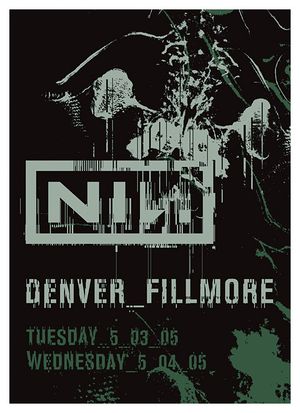 The Nine Inch Nails show on May 4th, 2005 was the second in a row at the Fillmore in Denver, Colorado. The Dresden Dolls were the opening act. This was a part of the With Teeth Club Tour.