Producer Keith LeBlanc mentioned in a printed interview[2] that "Down In It" was the song he got to "really put my signature on". His revisions (the "Shred", "Singe", and "Skin" mixes) draw heavily from the tracks "Mechanical Movements" and "Einstein" from his album Stranger Than Fiction, released earlier the same year (1989). The fast-paced synth prominent at the beginning of "Skin" is from "Mechanical Movements", and the main drum pattern is from "Einstein". Additionally, the crowd chant samples during each chorus have appeared in other tracks associated with Keith's band Tackhead, such as "Reality" by Gary Clail & Tackhead and "Stadium Rock" by The Barmy Army. 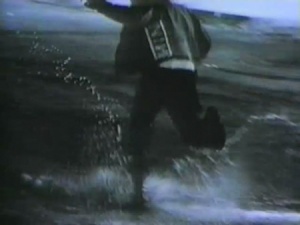