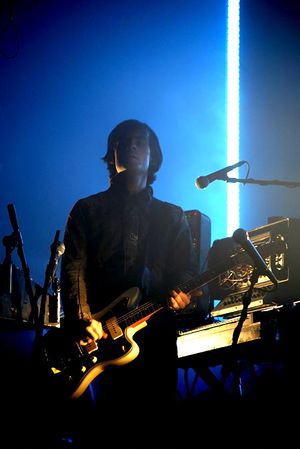 My first thought when Alessandro walked in was that he didn't look like what I had in mind. His presence was intense but gentle, not the "I'm gonna attack you" energy fans might associate with NIN. Then he started, and within 30 seconds I was like, "That's the guy!" I never once regretted it. Without taking anything away from Charlie, Alessandro is really into playing the studio parts as much as humanly possible. [1]