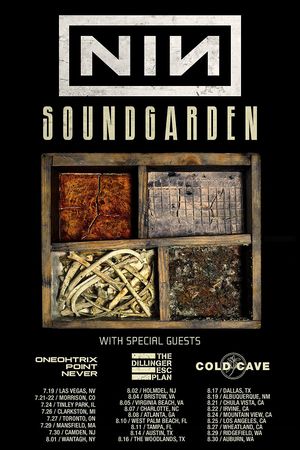 This tour took place during July and August 2014 in North America, and was a co-headlining tour with Soundgarden. It was the final leg of the NIN 2013-2014 touring cycle. The opening acts were Oneohtrix Point Never, The Dillinger Escape Plan and Cold Cave. 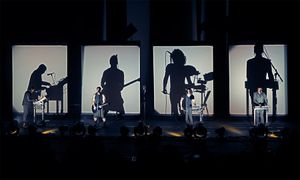 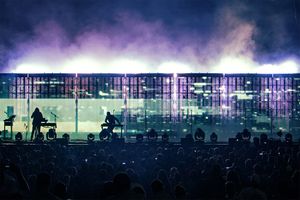 The band playing in front of background panels

The setup for this leg brought the aesthetic of the tour full circle by bringing back the basic concept used on the NIN 2013 Festival Tour. It again utilized several mobile LED screens behind the band, which would supply lighting and also background footage during certain portions of the set. The band members' silhouettes were also again projected onto the background.