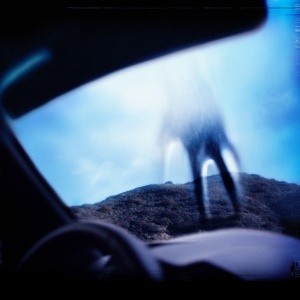 A subsection of nin.com, yearzero.nin.com, was created and contains various things Year Zero-related. A companion piece to the album with remixes of nearly every track was released as Y34RZ3R0R3M1X3D on November 20, 2007.

"...for the first time in my life, I wanted to break away from the idea of opening up my journal and transferring that into song lyrics. And I really thought about what was at the forefront of my concern, and, at the state I'm at right now, at the age I'm at, just the state of being an American citizen, a lot of concern I have about the direction the country's headed in, and uh, kind of the erosion of freedoms that seems like we're experiencing, and the way we treat the world and our own citizens felt like something I needed to comment on." [2]

"This record began as an experiment with noise on a laptop in a bus on tour somewhere. That sound led to a daydream about the end of the world. That daydream stuck with me and over time revealed itself to be much more. I believe sometimes you have a choice in what inspiration you choose to follow and other times you really don't. This record is the latter. Once I tuned into it, everything fell into place... as if it were meant to be. With a framework established, the songs were very easy to write. Things started happening in my "real" life that blurred the lines of what was fiction and what wasn't. The record turned out to be more than a just a record in scale, as you will see over time.

You can fuck to a lot of it (maybe all of it depending on what you're into)."[5]