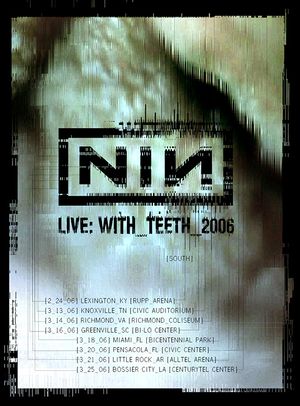 On February 24th, Nine Inch Nails performed at the Rupp Arena in Lexington, Kentucky as part of the With Teeth Spring Arena Tour. Moving Units served as the opening band for this date.

After finishing "Every Day Is Exactly The Same," Trent Reznor spoke at length to the crowd: