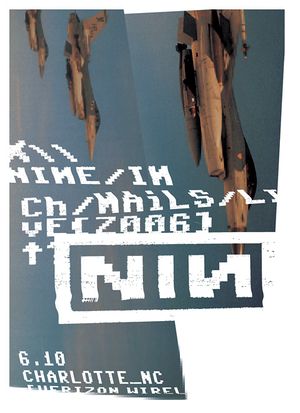 This concert took place on June 10th, 2006, at the Verizon Wireless Amphitheater in Charlotte, North Carolina. Bauhaus and TV On The Radio were the opening acts on this date. This was part of the Summer Amphitheater Tour.

About 45 minutes into the set, it began raining and lightning. After playing "The Big Come Down," Trent Reznor addressed the audience, stating, "God has told me we have to stop the show for a few minutes, but we will be back on." All people on the lawn were told to move up to the covered seating area. After about a 30 minute break, Nine Inch Nails returned to the stage. Reznor again addressed the crowd, and stated: