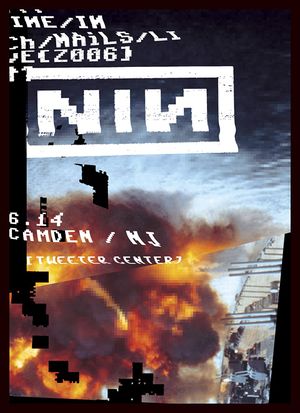 Limited-edition lithograph for this concert

On June 14th, 2006 the Tweeter Center in Camden, New Jersey was host to a live performance by Nine Inch Nails, with opening acts Bauhaus and TV On The Radio. This was part of the Summer Amphitheater Tour.

During this concert, while singing "Get Down, Make Love," Trent Reznor uttered what would become a legendary quote in response to someone who was apparently spitting water at him: